We are the Collegiate Body of Guardians of the Atrato, constituted to exercise the legal representation of the Atrato river by the riverbank communities, in accordance with the order of the Constitutional Court in Ruling T-622 of 2016, which recognizes it as a subject of rights. 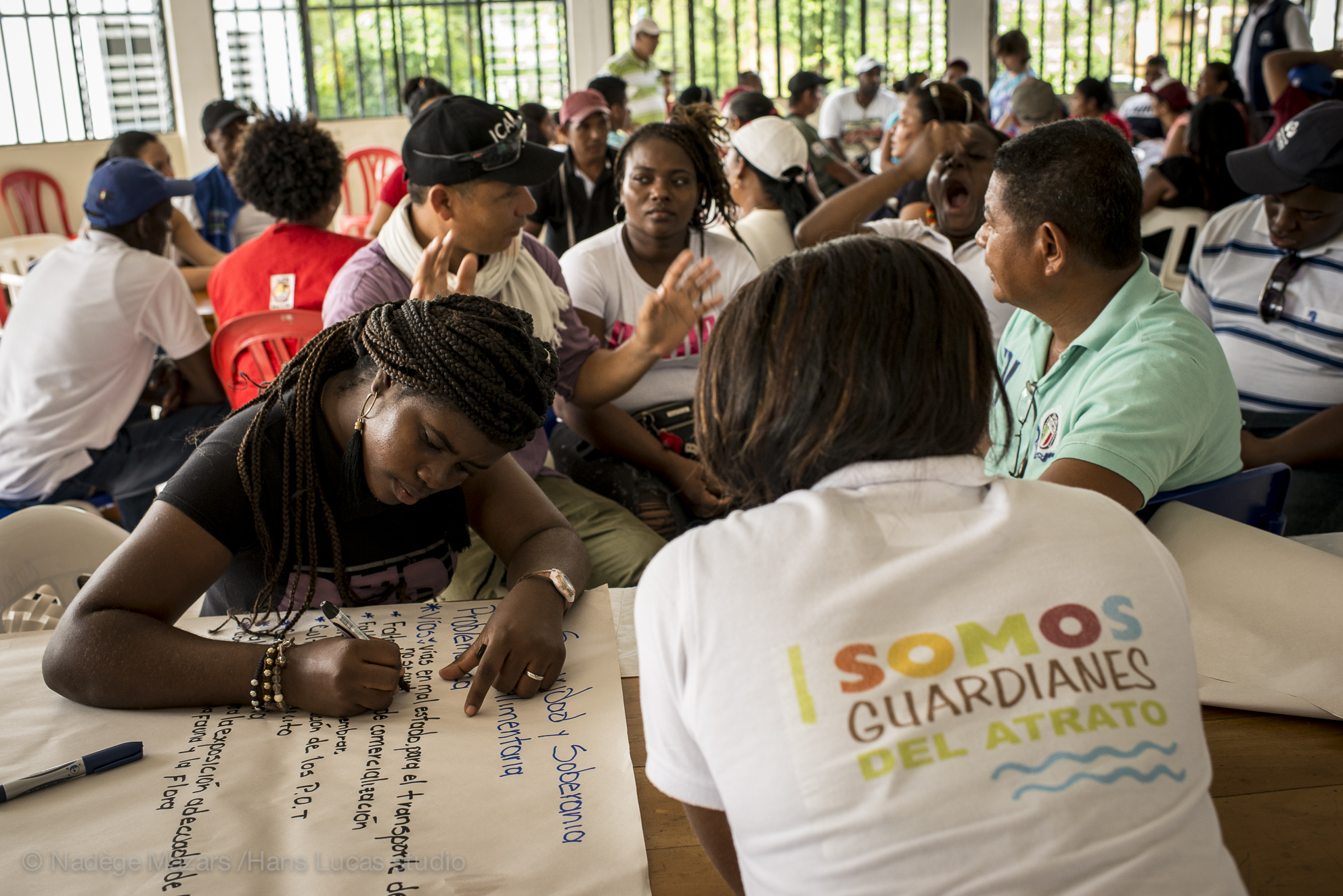 We are made up of seven ethnic authorities and social organizations from the Atrato basin.

The FISCH is the Technical Secretariat of the Collegiate Body of Guardians, which is the point of articulation between these seven organizations and the other actors.

Each of the organizations has two people (one man and one woman) designated as their guardians, making a total of 14 community guardians. In turn, each organization has a support team of other leaders who strengthen its role.

The legal representation of the Atrato River is exercised jointly by the Collegiate Body as the community guardian, and the Ministry of Environment as the guardian on behalf of the State. Together we form the Atrato River Guardianship Commission, according to Resolution 0907 of 2017. The Commission functions with the accompaniment of an Advisory Team.

Our function as community guardians is to ensure that the rights that have been recognized for the river are respected and that sentence T-622 is duly implemented.

-We serve as a bridge of articulation between the public entities responsible for compliance with the ruling and the communities bordering the Atrato, representing our ethnic authorities and social organizations.

-We seek to ensure that the ruling and the river protection messages are appropriate for all the inhabitants of the basin, and the community in general. For this reason, we are undertaking processes of education, awareness raising and dissemination of theSentence.

- We carry out advocacy with decision makers and other stakeholders to promote the proper implementation of the ruling.